Success in the Industrial Tribunal for McCay Solicitors as Judge finds “much of the Respondent’s evidence in the matter was simply not credible.” 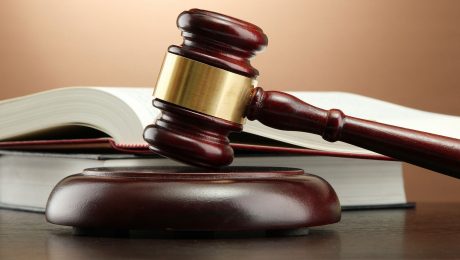 McCay Solicitors are delighted with the finding of the Vice-President of the Industrial Tribunal in the case of Anthony Millar v Foyle Food Group Limited in which we acted on behalf of the Claimant (full decision available here https://www.casemine.com/judgement/uk/5b46f2062c94e0775e7f0afb).

The Claimant had been one of two managers in the Respondent’s boning hall but had been absent from work for a number of months due to health issues. During his absence the Respondent promoted an employee to a newly created 5th supervisor position and a couple of weeks later advised the Claimant that he was “at risk” of redundancy. The Claimant was scored lower than the other manager on his length of service and was dismissed by the Respondent. The Claimant brought proceedings before the Industrial Tribunal alleging that he had been unfairly dismissed on the grounds that;

(i) Redundancy was not the genuine reason for dismissal – the genuine reason was the Claimant’s sick leave;
(ii) That the redundancy process was a sham, was erroneous and the pool for selection should have included the supervisors and bumping was not considered;
(iii) The Claimant should have been notified that changes were being implemented in the management structure and informed of the vacancy of 5th Supervisor;

The Respondent’s General Manager, Ambrose McAleer, gave evidence that the decision to create a 5th Supervisor role was taken “in advance of any decision by the Respondent to review the number of Managers within the Boning Hall.” Mr McAleer stated that the decision to remove one of the Boning Hall Managers was not decided until a Senior Management Board Meeting on 02/02/17 and the HR team was first informed on 06/02/17. Mr McAleer’s evidence was contradicted by his colleagues Kara Marshall (HR Manager) and Nigel McIlwaine (Group Finance & HR Director) who both gave evidence that they had been advised that the decision had been taken in 2016.

The Respondent’s timeline was compromised in the Claimant’s referral to Occupational Health by Ms Marshall on 26/01/2017 in which she asked “Does Anthony have the ability/mental capability to participate in a re-structuring process for the management of the boning hall?” and “what effects could a restructuring have on Anthony’s health?” At the consultation on 30 January 2017, the doctor asked the Claimant how he would feel about a possible restructure within the Respondent and how he felt he would cope with a possible redundancy situation.

After being signed off as fit for work by his GP, the Claimant then attempted to return to work however Mr Leslie Otterson attempted to prevent him from returning emailing the Occupational Health doctor “are you happy for us to prevent him from returning to work on Monday based on your assessment?” Mr McAleer and Ms Marshall held consultation meetings with the Claimant and dismissed him from his employment. The Claimant submitted a detailed appeal which was rejected Mr McIlwaine.

The Tribunal upheld the Claimant’s claim and awarded him £8,392 in compensation. In his judgement, the Tribunal Vice President, Judge Noel Kelly, rejected the Respondent’s case and commented that that the evidence given by Kara Marshall and Nigel McIlwaine was “not credible” and “unlikely” and more generally that “much of the Respondent’s evidence in the matter was simply not credible.”

Following the case, our Managing Director Gareth McCay, said “This was a case where the Claimant was seriously mistreated by his employer at a time when he was unwell and it is clear that there was a conspiracy to remove him from his role. We were delighted to get a positive result for Mr Millar who has been vindicated in pursuing this matter.”

Protect your business in less than 5 minutes
You can unsubscribe at anytime.