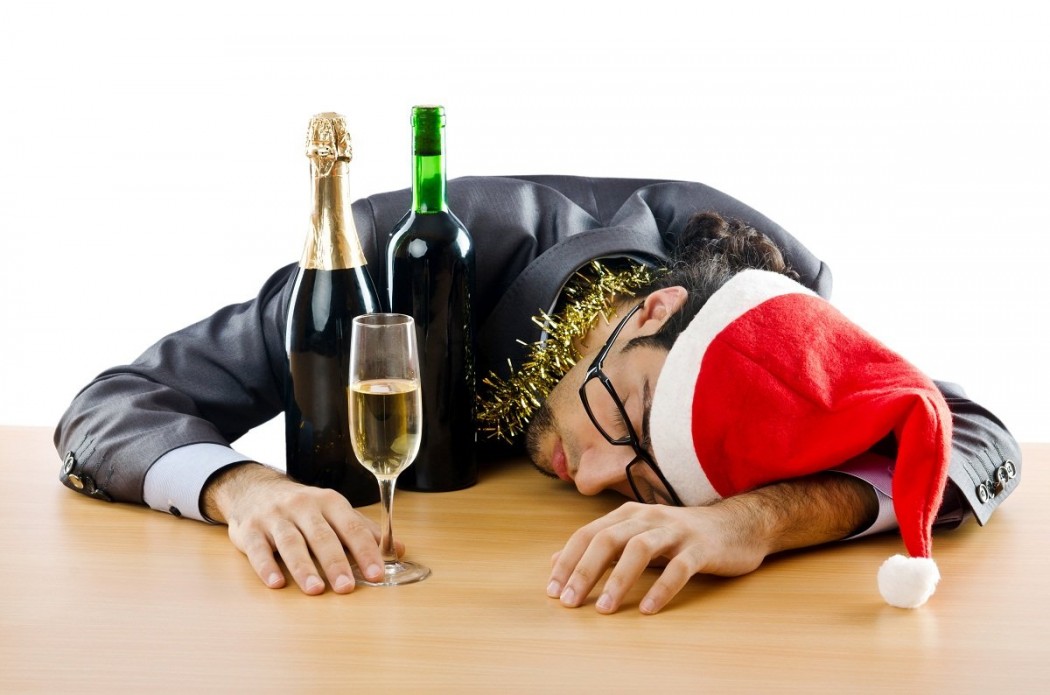 THE FESTIVE PERIOD – HEADACHES AND HANGOVERS FOR EMPLOYERS

The Christmas period is now in full swing and for many employers it will involve organising time off for staff and of course the obligatory Christmas party. Competing annual leave requests and alcohol-fuelled incidents at the Christmas party can create issues for employers so we have decided to produce some guidance in relation to both issues.

During the festive period it is not unusual for employers to face an increased demand for annual leave from staff members. Employers, particularly smaller organisations, may find it difficult to facilitate such demand without seriously impacting on their business, therefore, it may not be possible to facilitate everyone, whilst an employer may be considered a scrooge for refusing requests for leave over Christmas, treating employees fairly and consistently can minimise the risk of complaints of unfairness.

In the absence of any policy or agreement to the contrary, Regulation 15 of the Working Time Regulations (NI) 1998 (“WTR”) provides that a worker must give notice equal to twice the length of the holiday that he or she wishes to take. Regulation 15 also provides that employers are entitled to refuse the annual leave requested, provided that they give the worker notice equivalent to the period of leave asked for. If a request for annual leave is declined, an employee can take the leave at a later date however this may be difficult if the business holiday year runs from January to December, as often annual leave has been requested to avoid losing any leave that cannot be carried over to the next leave year. 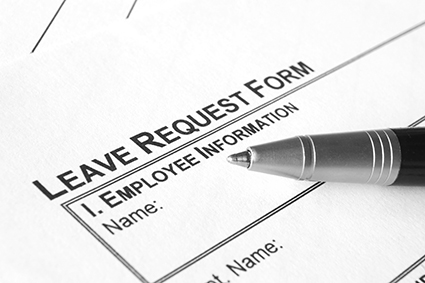 Most organisations will include the rules and procedures regarding annual leave in a contract ofemployment or an annual leave policy, to clearly outline the procedures and rules for booking time off to ensure that there is adequate cover across the business. These documents will also normally include provisions regarding the carry-over of any accrued but untaken annual leave entitlement, and the circumstances in which the entitlement to such leave may be lost.

Annual leave policies and procedures are vital tools for employers as they lay out the rules and procedures that employers and employees should follow in respect of annual leave. Such policies minimise the opportunity for disputes and enable managers to take a consistent approach to annual leave across the business, so that employees are treated fairly. In the event that an employee queries a management decision on an annual leave request, a written policy and procedure will be useful because the business will always have something formal in writing to fall back on. However, even where clearly worded policies and procedures are in place, it is important for employers not to fall into the trap of inadvertently favouring certain groups or making exceptions for particular employees depending on their circumstances. For example, giving priority to employees in the following categories may seem a fair policy, but in reality such prioritisation has the potential to give rise to accusations of discrimination.

It can be particularly difficult for employees with young children to remain at work during the festive season as their usual childcare arrangements may not be available. Whilst employers must deal with requests for parental leave and time off for dependents appropriately, there is no legal obligation to favour parents over non-parents when dealing with requests for annual leave. Employers doing so may face accusations of sex discrimination if, for example, fathers are treated differently from mothers on the basis of the misplaced stereotype that they are not the primary care providers for young children.

Employers are also at risk from claims of age or sexual orientation discrimination if they prioritise holiday requests from employees with families. This will especially be the case where an employer makes it a condition that only parents with young children may have their holiday request granted over the Christmas period. Such a practice could not only disadvantage women outside child-bearing age but also homosexual employees. Employers wishing to do this would have to show that the practice was justified as a proportionate means of achieving a legitimate aim, which would then be weighed up against its discriminatory effects.

Similarly, it may seem reasonable to give preferential treatment to Christian employees over the Christmas period. However, employers should be wary of prioritising requests from Christians for leave over Christmas since it could expose them to allegations of indirect discrimination from members of other faiths if they are not given such preference during their own religious holidays.

The most obvious and usual policy for employers to operate when considering requests for annual leave is “first come, first served”. Such a policy does not easily lend itself to the pitfalls outlined above, as granting holiday to the first to ask cannot be said to be drawing on any criteria that could be associated with a protected characteristic for discrimination purposes.Another option is to introduce a rota system, whereby, for example, employees sacrifice their first choice holiday in the summer in order to get their first choice over the festive period. So long as the rota system is transparent and fair and applies to all employees, it has the potential to ensure that all employees get their first choice of holiday at least some of the time.

Other ways to encourage staff to submit requests early and avoid disappointment include setting up a virtual calendar or pinning up a wall planner and asking people to bear it mind when considering leave requests, or encouraging team members to collaborate with each other in an effort to resolve any leave conflict informally. 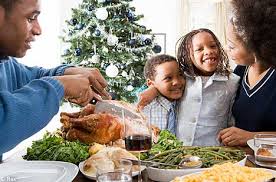 Refusing a request for annual leave

As above, employers are entitled to refuse an employee’s request for annual leave, so long as this is done in accordance with any policy or contact in place between the parties, or with sufficient notice as outlined in the WTR. You should therefore review you annual leave policy or contracts of employment to ensure that any refusal is in line with the provisions outlined therein.

In turning down a holiday request, an employer must have regard to the duty of mutual trust and confidence that exists between an employer and employee. This essentially means that requests should be turned down in good faith and on reasonable grounds, not simply on an arbitrary basis. Whilst employers are not required by the Regulations to give reasons for refusing holiday requests, it is considered good practice to explain why leave cannot be granted. As you are refusing some requests for leave in this instance on the basis that numerous other staff members have requested the same time off, you may wish to consider providing some benefit to those whose requests are refused, such as agreeing that those employees will have first choice of annual leave in the next holiday year.

If it is the case that some members of staff will lose their entitlement to accrued leave as a result of a refusal because the holiday year runs from January to December, an employer may consider making an exception in relation to the amount of days leave an employee can carry over into the next holiday year, but limit the extent of the carry-over by stating that the additional days must be used before a certain date to avoid excessive holiday entitlement building up.

In light of the above, it is clear that employers have a huge balancing act to carry out in the run up to Christmas and the New Year. Employers are best advised to maintain a fair policy for granting holiday requests and should specifically state that all employees will be treated equally. Although an employer may take these into account in an attempt to be fair and reasonable, family commitments and religious reasons will not automatically grant an employee permission to take annual leave over the festive period.

The Hangover from the Christmas Party

The Christmas party is a good time for people to let their hair down, and for employers to reward their staff for their hard work throughout the year. 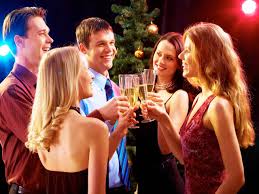 Although most employees are well behaved, however over-indulgence in alcohol at the office party does have the potential to turn an otherwise non-problem employee into a problem one. The festivities invariably bring together work colleagues and it is all too easy to forget the boundaries between work and play. Often situations arise where an employee drinks too much or gets into a fight, but just because an act may have been committed outside strict office hours, doesn’t mean that the employee cannot still be held accountable by the employer for their actions.

In practical terms, there is little difference between an employee committing an act of misconduct at the office Christmas party or during normal working hours. Social events outside work, organised by the employer, will usually be viewed by courts and tribunals as being an extension of work to which the usual rules on misconduct will apply.

Employers, however, also need to be careful. Disciplining an offending employee for unacceptable conduct during the Christmas party may lead to issues of fairness being raised. Therefore, employers must be careful not to be singling out a particular employee for disciplinary action, when in fact that employee’s conduct was no better or worse than other employees at the party.

While no employer will want to dampen the festive spirit, forewarning staff that inappropriate behaviour may result in disciplinary action just as it would during normal working hours, and reminding them about company policies concerning disciplinary rules, discrimination, bullying and harassment and equal opportunities, will make it easier to discipline employees who do ‘cross the line’, and also protect the business in the event that anyone tries to make a claim.If there isn’t time to implement a specific policy to deal with these issues before the Christmas party, then send an e-mail or memo around staff, or pin a poster on the staff notice board beforehand, reminding employees in advance that the party is a work-based event and that employees are expected to comply with the accepted standards of conduct in the workplace.

Whilst an employer will want them all to have a great time, the party is technically a work related activity and as such, disciplinary action could be taken against those who just go too far. Employers need to dispel the traditional idea that anything goes at the Christmas party and all will be forgotten the next day. So don’t cancel the party, just make sure that the boundaries are set out and nobody crosses them, not even the boss!

This article does not constitute legal advice and McCay Solicitors accept no liability for its content.

What you can read next 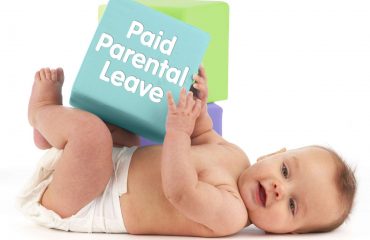 PARENTAL LEAVE: IS YOUR BUSINESS READY? 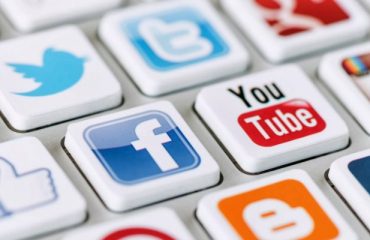 EMPLOYEES’ USE AND MISUSE OF SOCIAL MEDIA 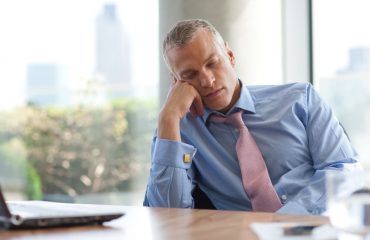 CONDUCTING A DISCIPLINARY PROCESS – BACK TO BASICS

Protect your business in less than 5 minutes
You can unsubscribe at anytime.